I practice drawing faces by searching for subjects on Pinterest and rendering a model’s likeness from observation using graphite. Drawing portraits has been an artistic interest of mine while at TNS. I’ve received guidance from various instructors but now create works like this on my own as a practice. The subjects I draw are strangers to me, as they are just faces found on the internet. I titled this series Faces Unknown to reflect that I don’t personally know the people I draw.

The boy that I drew had a calm and peaceful vibe to him and I tried to capture that in my drawing. I left the shirt white so that it did not draw the eyes away from the face of the boy. 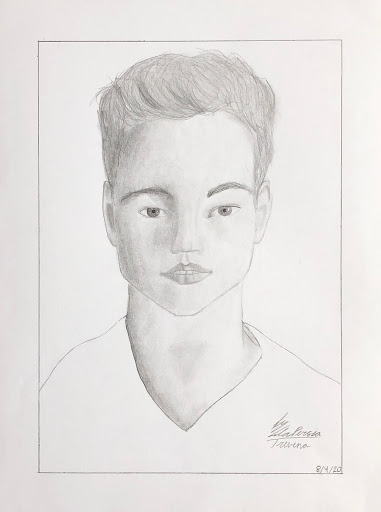 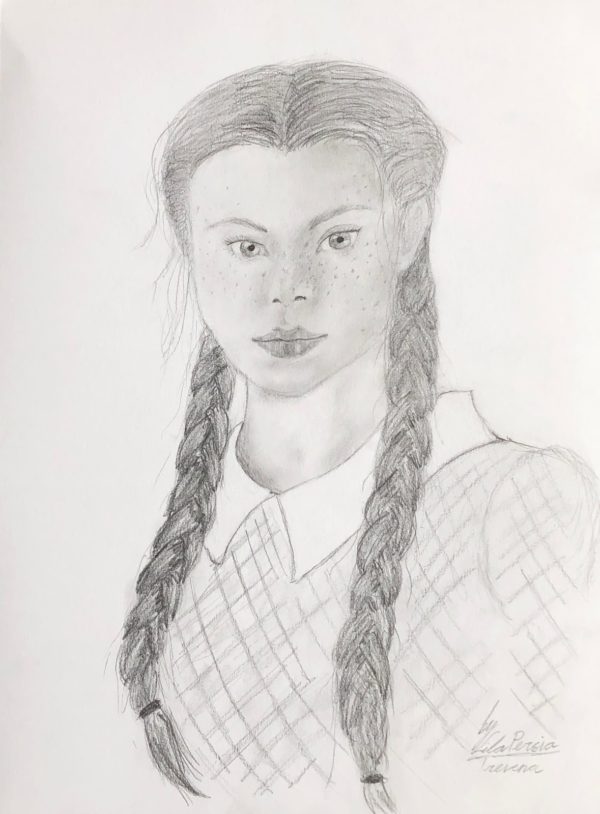 I enjoy writing as well as drawing. This drawing was originally a sketch of a character that I was going to write about. I made a Pinterest aesthetic board from this character and found an image of a girl that was how I imagined her looking and drew it. The character’s name is Amberleigh.