The Talibé Children of Senegal 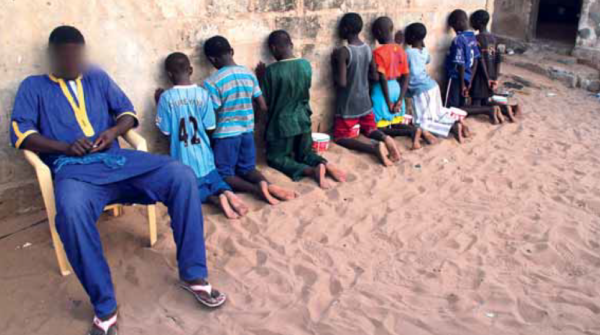 A research paper that discusses the issue of the Talibé in Senegal, and proposes measures that could be taken to eradicate the exploitation of children and families. This paper goes hand in hand with my entrepreneurship business, One People, which works to provide assistance and draw attention to the Talibé.

The Talibé Children of Senegal

Senegal West Africa continues to delay action against the estimated 100,000 Talibé boys living throughout the regions of the country. A Talibé is a boy, usually from West African countries such as Senegal, Gambia, Guinea, Guinea-Bissau, Mali or Mauritania, who studies the Quran (Muslim religious text) at a Daara (tradition Quaranic School). The reality is these boys are trapped in an oppressive system masked as education and exploited for capital gain. There is a lack of child protective services to remove children from abusive situations, and provide care and shelter, which contributes to the high numbers of children on the streets. These “dusty, dirty and often barefooted boys holding empty tomato cans or plastic bowls beg for money. This remains a common sight in Senegal’s capital city of Dakar” (United Nations Office for the Coordination of Humanitarian Affairs). Talibe are also found in many of the other fourteen regions that make up Senegal. Talibé resides in Daaras. The oversight and regulation within Daaras have diminished, resulting in widespread abuse and poorly educated, socially ill-equipped children. The men who run and ‘teach’ in Daaras are called Marabouts. In West Africa, a Marabout is a Muslim religious leader. Most children in Daaras are from remote rural areas and sometimes from neighboring countries. These boys are sent away from their families with the promise of becoming a religious scholar. This promise made by Marabouts to parents is appealing because most families, who the Marabouts target, live in astonishingly underserved villages and the parents have very little education, money and opportunity to offer their children. Due to the lack of formal education in these villages Marabouts can easily take advantage of parents convincing them to give up their boys in the name of Allah (God) and the promise of a better life for their children. These boys, who on average are five to twelve years of age, undergo traumas that no human should experience. There needs to be an immediate reform and overhaul of Daaras supported by the Senegalese population, led by the Senegalese government, and enforced by the police and gendarmerie. 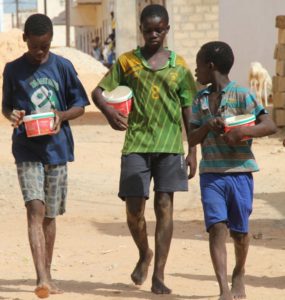 The modern-day Senegalese Daara is an informal, non state regulated, system of education where children mainly memorize the Quran. Oftentimes Daaras are in vacant and dilapidated buildings with no running water or electricity. These religious schools “have a deep historical and social significance and they are rooted in the spread of Islam throughout Senegal.” (The World Bank Group) Quranic schools are seen by most families as a “legitimate alternative to formal state schools. Despite decades of government attempts to increase the outreach of education in Senegal the literacy rate is low and slow to improve.” (The World Bank Group) The lack of formal education in rural communities exacerbates the continual enrollment of children into Daaras because parents want their children to have knowledge of religion and formal schooling is not an option. The Daara started as a regulated institution producing legitimate, respected scholars of the Islamic religion. Over time, regulation has disappeared and Daaras have turned into exploitative ‘institutions’ producing poorly educated, ill-equipped, and trauma-ridden youth.

The current condition of the Talibé living in Daaras is at its worst with evidence of “deaths, beatings, sexual abuse, chaining, and imprisonment, along with numerous forms of neglect and endangerment.” (United Nations Office for the Coordination of Humanitarian Affairs) The physical abuse that occurs within Daaras was able to advance to such a concerning state because corporal punishment is widely accepted in Senegal as a part of their education system. The following reports come from a Human Rights Watch ten-week field research in Senegal between June, 2018 and January, 2019. They saw fourteen instances of children tied to chains and encountered death by beating and malnutrition. During the HRW’s stay in Senegal, they spoke with a nine-year-old runaway Talibé and he recounted his “daily begging quotas being 500 francs CFA [the US $0.90].” (The Human Rights Watch) He continues saying “I didn’t like the Daara because they hit us all the time- if we didn’t memorize the verse of the Quran, or if we didn’t bring money. At the Daara, they beat you until you think you will die.” (The Human Rights Watch) Boys are sent out at sunrise to begin begging and are told not to return until they have met their quota for the day. If they do return without the demanded amount of money they are severely beaten. In this same study the HRW also documented many cases of child neglect by the Marabouts. Many “Daaras’ house dozens to hundreds of Talibé in conditions of extreme filth and squalor, often in unfinished buildings missing walls, floors, and windows. Trash, sewage, and flies clogged the ground and air, and children [sleep] crammed dozens to a room or outside, often without mosquito nets. Dozens of Talibé with visible infection or illnesses had not received medical treatment.” (The Human Rights Watch) When Talibé are seen begging for money they are also begging for food, water, and clothes because their ‘home’ and ‘guardians’ do not provide necessities for life. The cruelty of the Daara and Marabouts is endless. When a civilian gives a Talibé boy an item of clothing or anything of value, if the Talibé returns to the Daara with the item, the Marabout will take the item and sell it for their own personal gain. 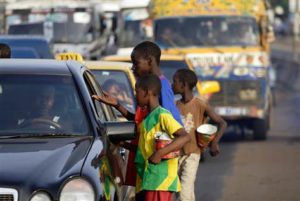 As the Talibé population has increased there is more pressure on the government and communities to address the system and suffering. Small steps have been taken towards a resolution in ending Talibé exploitation by the government, along with a few inspiring success stories of communities rallying around the Talibé boys. In 2013 the Senegalese government drafted a law to establish legal status and regulation of Daaras. This law would provide a regulatory framework by which Daaras would operate. This bill has yet to be passed. In 2016 President Macky Sall announced to the Council of Ministers his intention to “end the phenomenon of child begging. To protect the rights of vulnerable children and groups, I ordered the urgent withdrawal of street children, [he wrote.] To save the Talibés, the state imposes fines and jail sentences for those putting their children in the street.” (The Human Rights Watch) “The program, known in Senegal as the retrait des enfants de la rue, or the withdrawal of street children, was rolled out in Dakar during the first year, with the other regions to follow. Though condemned by several religious leaders, the initiative was widely welcomed by Senegalese society, civil rights activists, and diplomats. According to the Ministry of Family, the objective of the “retrait” was to end the phenomenon of street children in the Dakar region with a view to protecting them from all forms of exploitation and promoting their social welfare.” (The Human Rights Watch) At the time this program was seen as an amazing step in the right direction, unfortunately, “the most serious problem with the “retrait” program was the sheer number of children returned to the care of the Quranic teachers who had subjected them to forced begging in the first place. The government published a report in March 2017 stating that 1,456 of the children had been “returned,” and the media had reported they were “returned to their families.” This is a mischaracterization, as 1,006 children picked up during the street operations and brought to the Ginddi Center (a child protective service building in Dakar). In the end these children were in fact returned to their Quranic teachers, who then took them back to the Daaras.” (The Human Rights Watch) A plan such as the Retrait seems appropriate except there are logistical circumstances. Talibé are taken away from their families so young that some don’t know their family or who they are, they don’t know their birth names, who their parents are, and they don’t know where they came from. Making it impossible for them to be returned home. Even if a child could be returned home, the majority of Talibé families send their child away because they are unable to financially support them, and continue to be extremely poor.

In lieu of the widely failed attempts by the government, and as a substitute for “only three of Senegal’s fourteen regions having state-run emergency children’s shelters,” (The Human Rights Watch) the community of Touba Fall Village (in the southeastern region of Kaolack) took matters into their own hands. The people of Touba Fall, with the full cooperation of Qur’anic teachers, have matched each Talibé child with a family to ensure they are no longer exploited. Each family makes sure the boy’s needs are met and each child has been registered with a health insurance plan which provides free healthcare. A local women’s association provides food for the children and in this village Talibé begging has been eliminated. Older Talibé are also given the option to attend state school if they wish. This community is helping to modernize their Daaras with their resources. “When asked the reason for their success they spoke of community solidarity as the biggest factor.” (Anti-slavery) This story is a true testament to the Senegalese people upholding their pride in being known as the county of Teranga. Teranga is a Wolof word, meaning hospitality or welcoming generosity. Senegal is known as the country of teranga due to their unifying culture, resounding hospitality, and their deep-rooted beliefs of caring for family.

The reason children are sent to Daaras is very complex and one of the main factors is their family simply cannot financially support them. Parents do not know what lifestyle their children will endure with the Marabout. They do not want an abusive lifestyle for their child and are told by the Marabouts that their child will be taken care of, fed, clothed, properly housed, and educated. Unfortunately, this is not the case; and due to a lack of formal education parents continue to believe the Marabouts. All Daaras cannot simply be shut down. Moving forward strict measures should be taken to begin eliminating child exploitation within Senegalese borders and beyond. The following eleven steps are changes that could potentially have a large impact.

Hope should not be lost on Talibé, success stories such as Touba Fall Village are proof of the feasibility of Talibé having opportunities, and living an abuse-free lifestyle. Unimaginable traumas are being endured by a massive population of five to twelve-year-old boys who should be playing with friends and have a family to go home to. The Senegalese people must stop tolerating the existence of Talibé suffering and aid in efforts to help them. Officials in charge must speak up to end this cycle of abuse on such a vulnerable and innocent portion of the Senegalese population.